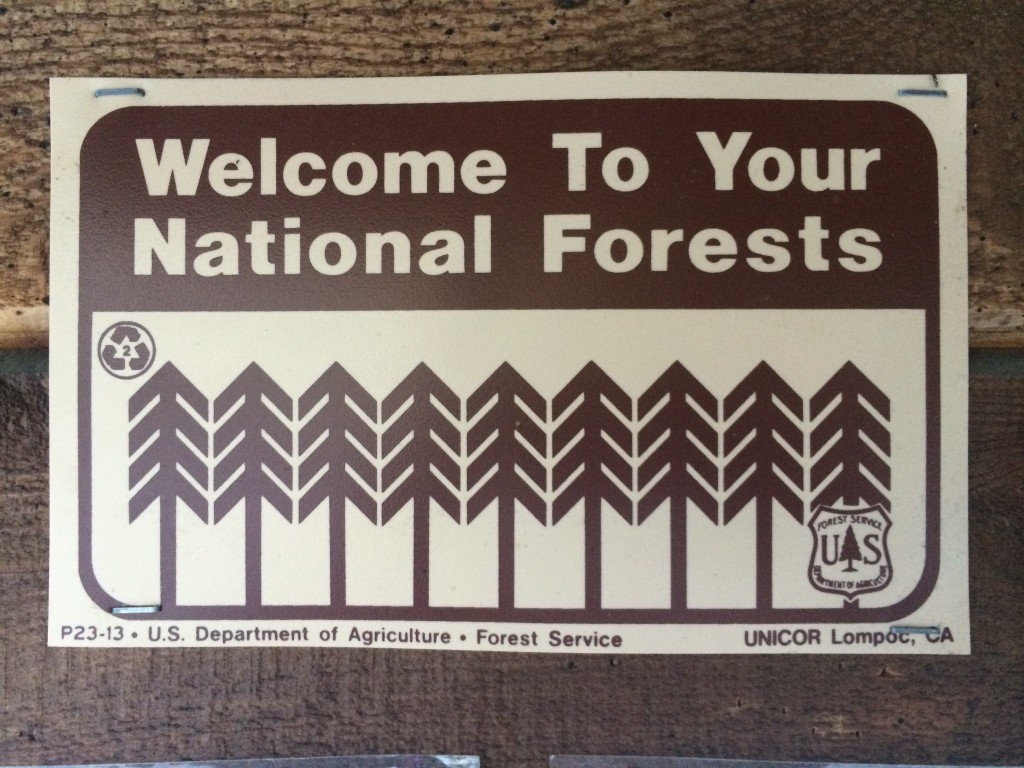 I hike 30 miles. The sky is grey, thunder rolls, and the air is heavy but it doesn’t rain. I eat a freeze-dried dinner that I found in a hiker box and a peanut butter and jelly sandwich and go to sleep.

In the morning, I hike 6 miles down a winding trail to a spring and then another 6 miles to a trailhead where I take a 30-mile alternate route to Shelter Cove, which is supposed to be both prettier and shorter than the PCT. My external battery pack for my phone died at Crater Lake, so I have no music or navigation. It turns out this is not the most scenic route – a little like the desert, but with spindly pines and no wind. Adding to that, the signage bares no resemblance to what my paper maps suggest. 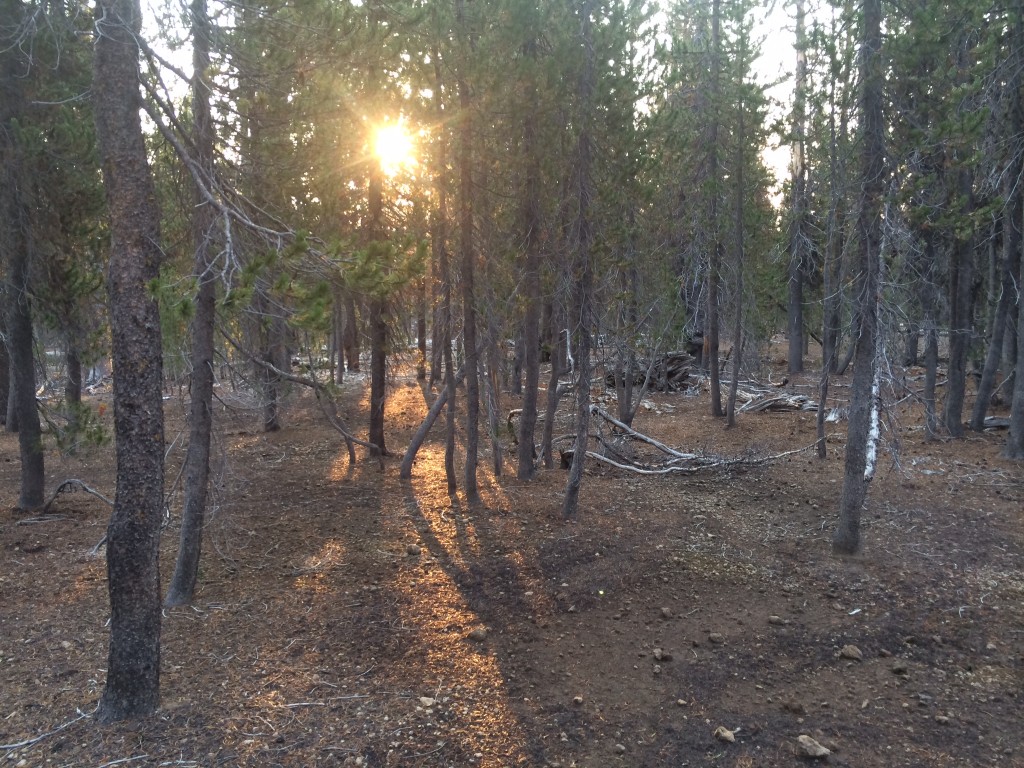 I wing it and just sort of hope that I’m going in the right direction. Eventually, I get spit out onto a paved road and find a horse camp that is labeled on my maps. There I meet Meredith, who paints pet portraits, and Neada, a recently retired social worker who is now going to open her own horse ranch. Meredith lets me charge my phone in her car and we hang out for a while chatting about their horse trip, Neada’s former job, and the PCT. They give me a bag of Oreos, point me to some water, and I finish my 30 miles. 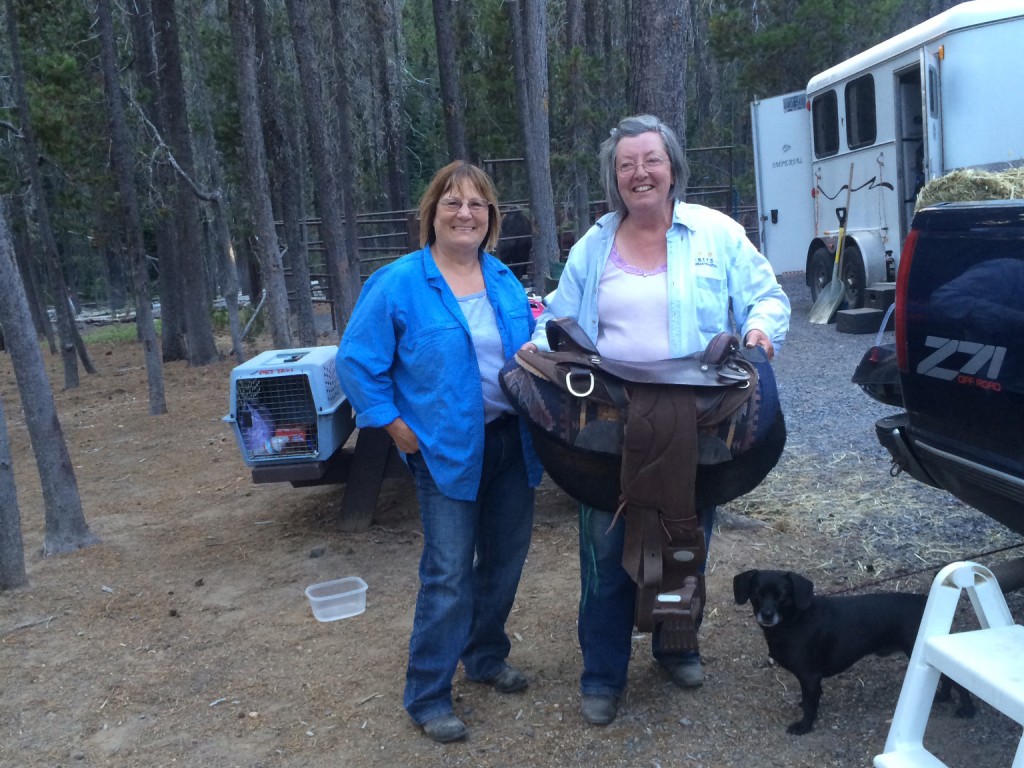 The next morning I have a short hike into Shelter Cove where I bathe and wash my clothes in the lake, eat a microwave burrito, and Google stuff about Bend, OR. Bend is calling me. I feel pulled there. I have no idea why. Just the idea of going there makes me happy. Must. Get. To. Bend.

I’m back on the trail by 3pm and, as I begin hiking, I notice trail celebrity Scott Williamson talking with another hiker. I overhear him say he’s trying to beat Anish’s time, but has concerns about the fire closures in CA.

Unlike the alternate route I took to Shelter Cove, this section of the trail out of Shelter Cove is mostly lush. When I have to traverse a burn, I’m lucky to have a cool, overcast day. I eat a snack in a ski hut. 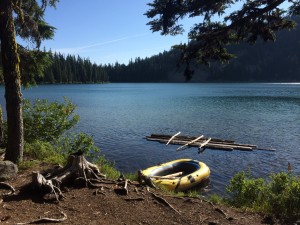 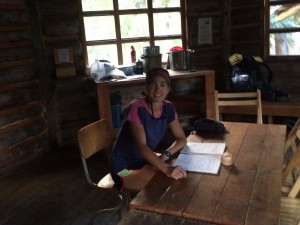 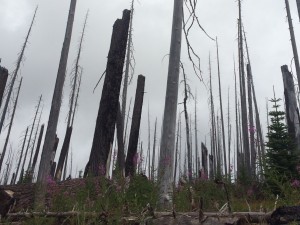 It threatens to rain all day, but never does. I meet horse riders, take a nap, and camp by a lake with Vestibule (whose name I had seen in the trail registers, but never met before now) and her friends.