I get a ride from Trout Lake to the trailhead from John, a forest firefighter. It’s breezy today. 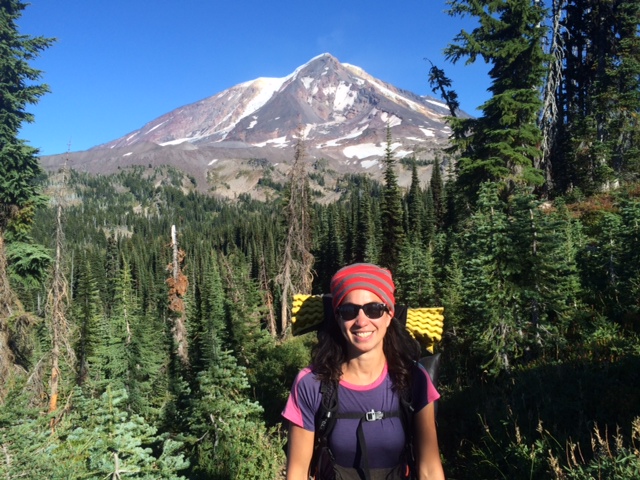 As I climb towards Mt. Adams, the temperature drops noticeably. By the time I’m ready to make camp, it’s hovering around freezing. There is a group of three day hikers with a fire. I share their warmth and tent site, put on all the clothing I have, eat dinner, and burrow into my tent. In the morning, the ground is hard with frost and there is ice in the creek. It’s sunny, though, and hiking is easy. 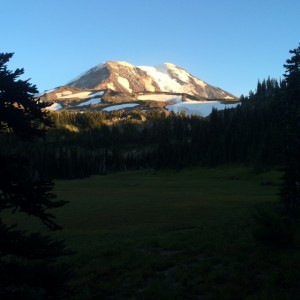 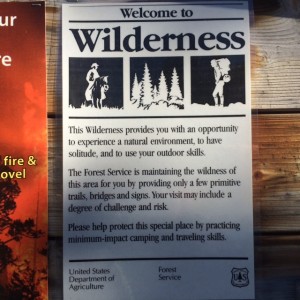 I catch up to Shiny and Half Double who are taking a break by a trail junction. We snack, hike to a nearby lake and camp for the night together. In the morning, I say goodbye while they are making coffee and head off to see the goats. 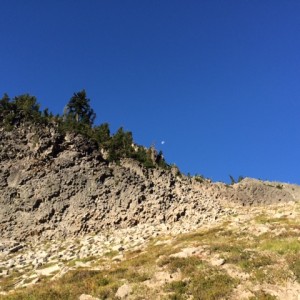 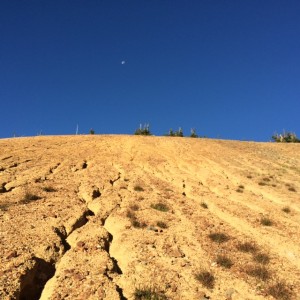 The terrain changes as I climb, sharing more in common with the High Sierra than anything on the trail since. There are also many more day hikers. I stop for a breakfast snack and chat with two guys. They took two weeks off to bow hunt, made a kill, and are now just hiking around. We chat for a while. I finish my breakfast and head to the Cispus River for water. I’m simply standing at the river’s edge when I have the sensation of a bat hitting my left calf. Freaking OW! I look back, nothing. Crap it hurts! I massage it. It’s balled up in a knot. Grrrrrrrrrrr. This is a torn muscle. 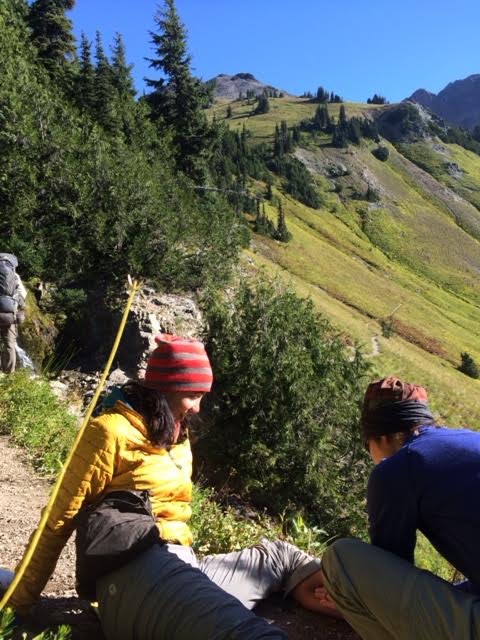 I start walking softly. There’s pain, but I can do it. Downhill feels much better than uphill. Too bad this is mostly up. I limp along and then see Shiny and Half Double on the trail. I tell them what happened and Shiny pulls out some arnica salve and massages it into my leg. The pain is significant. I take ibuprofen, calcium magnesium supplements, and drink a bunch of water. Three people hike past us and one of them hands me some potato chips thinking it’s a simple muscle cramp. I talk with him and he tells me that he and his daughter are hiking the PCT with his wife who has advanced Alzheimer’s. Immediately, my own situation is put into perspective. His wife is unable to feed herself or use the bathroom without help, yet they are all out here because hiking is what she loves. What an outstandingly beautiful thing they are doing for this woman. So much love. I wrap my calf in an ACE bandage and keep going. 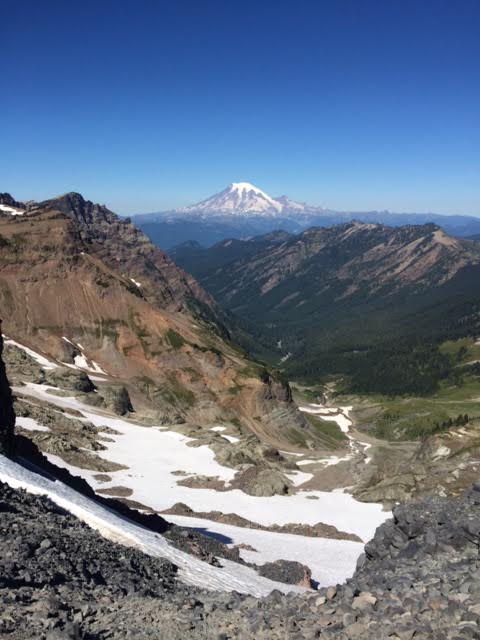 Seven years ago there was a glacier here

I see goats and a rogue Llama named Fred who hangs out with the goats. I also see views the likes of which I haven’t seen since the Sierra – epic, expansive, rocky, and dramatic. 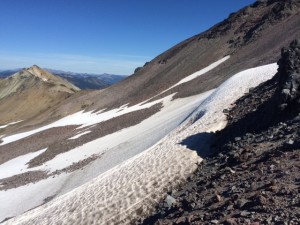 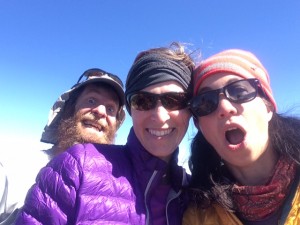 Half Double, Shiny, and me

I hike up to Old Snowy and then down along the Knife’s Edge. I’m not super into heights and this descent, with its sides dropping straight down and loose shale tread, has me a bit unnerved. By the time I get to the bottom it’s nearly 4pm. My leg is done with me, but I need it for another 4 hours. 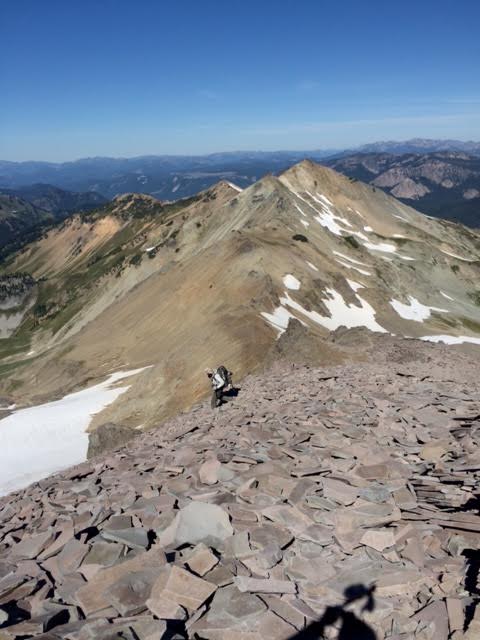 I make it to Hidden Spring and Half Double and Shiny show up a little later. We light a small fire – one of the handful of times I’ve had a fire on this hike – and eat, talk about the day, and then I climb into my sleeping bag. It feels so good to lie down.