In 2011, as part of my dissertation research on the wilderness, I set out to hike the entire length of the Pacific Crest Trail.  I ended up leaving at mile 1,000, and returned home to start writing.  But despite my years-long efforts, I couldn’t quite put it into words; in fact, this is as far as I’ve ever gotten. 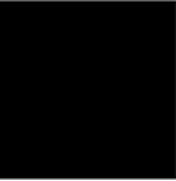 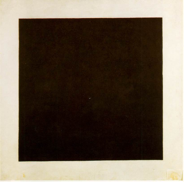 To write about the wilderness, to submit it somehow to definition and term, is to cause an agitation – an agitation brought on by the uncertainty as to where it refers to and how it confines – one that spins into a metonym for a much broader irritant, a rubbing between a slippage, a yielding of the hinge.   In thinking (hard) about it, you are lost immediately between the memories, depictions, the similes that form it – between landscapes and the meanings or suppositions moored to them.  The source and site of this confusion, of its activation, is revealed by and through a simple, linguistic discord – as an ambiguity latent in the etymology of the word itself – ‘wilderness’ – a word marked by soft edges and blur concerning the distinction between internal and external occupation:

Wilderness (n., adj.): From the root ‘will,’ as in self-willed, willful, or uncontrollable, appearing in the early Teutonic and Norse languages, evolved to the Old English adjective ‘wild’ – being lost, unruly, disordered, confused.  ‘Wild’ then extended to the variations wilder, wildern, and finally the noun – wilderness – originally defined as ‘the place of wild beasts.’

A sense of being in and out of place, assuming different modes of awareness, movement, and affect, imbues the object of physical space itself – a response enclosed by the terrain.  How to know thyself when you are lost, unconfined, free from and beyond the structuring rubrics, the ‘guiding principles,’ the ‘moral compass’ that formed this self to begin with?  Far from referencing any certain body of geographic features or topographic specificity, the ‘wilderness’ instead serves as a medium for cultivating ideas and expressions of wildness – a condition, a transitory ideal and subjective experience collected within certain regions over time while extending simultaneously to poetics and description.  Writing about the wilderness – an act always already trapped by inbreeding figures of speech – consequently unfurls a succession of subtle semantic drifts and implosions, fading and reintegrating into the next field.  Brought on by the circular growth intrinsic to the word itself – landscapes crowded by ideals confounded by metaphor – thinking the wilderness distorts its own meaning while synchronically constituting it; language gets wild, stops short at the perimeter, lost in the process of ordering, of making sense out of an adjective obscured by a noun, a quality caught on a snag.

What, exactly, are the limits in place keeping its meaning from extending far beyond the federally designated pockets of land protected and managed in its name – that maintain its distinction from any space that is wild, uncultivated, unknown?  Not just deserts, mountains, forests, or swamps, but outer space, deep sea, virtual reality, dreams, nausea, orgasm, panic, or death?  After all, does thinking the wilderness not demand, first, a definition of what is ‘place,’ what is spatial?  And this territory, a drowning, has no crossing or coordinates, disturbed by the storm, a disruption of the herd.  Any attempt to maneuver for the sake of a destination becomes a mere circumscription around a swelling, the vortex – currents of which cannot be seen, the forest lost in the trees.  At what point then does it finally resist?  Where is the negative space that forms its contours and curve, that sharpens its definition and edge?  To what end can we believe in the wilderness as more than an apprehension, as a thing itself, merely ensnared by the language thicket?

But the question in fact is where the answer resides – not as an endpoint or the return, but as the very consistency of endlessness – as an experience that perforates and renders permeable borders of place and metaphor – as the weighted yet irresolvable uncertainty situated between object and subject, between inherent wilderness and the wilderness as experience – a body happening through space and an happening within the space of the body.  Indeed, it is the slippage itself, the quickening interval between the external and the internal intrinsic to the wilderness idea and inherited by it, that binds it together with thought, that forms shadows where we search for the ground. Its protrusion into words reveals the irritant between the interior and exterior, the moment of agitation as the metalogical underbelly of experience at large, on the cusp of terrain as living thing and as mirror; a reflection of expectation, fear, violence, and desire.  And so it is, that the wilderness has always been bound up in and constituted by its own linguistic negation, has always been inseparable from that which precludes identification and description.  The confusion that arises in attempts to define it – the ‘wilderness’ – is therefore seen not only as inseparable from it, but as the very root of its definition as such.