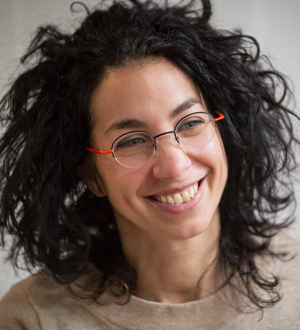 Susan Robb’s work is an ongoing investigation of people, place, and our search for utopia. She orchestrates temporary, site responsive, and socially engaged projects to transform contemporary concerns—climate crisis, social isolation, high-speed daily living—into opportunities to re-envision and re-connect. Her projects include The Long Walk, ONN/OF “a light festival,” Parking Squid, Sleeper Cell Training Camp, and Warmth Giant Black Toobs. Robb’s work has been funded by a Pollack Krasner Foundation Grant, two Artist Trust Fellowships, a Stranger Genius Award, 4Culture, and the City of Seattle’s Office of Arts and Culture. In 2013, she received a Creative Capital grant to produce Wild Times. Her work has been collected and shown nationally and internationally. 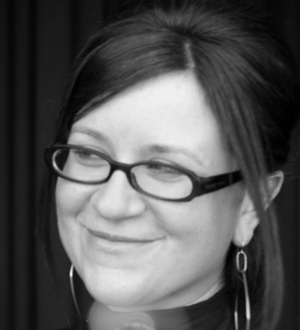 Jordan Howland believes in the power of art to create lasting social change. She has been working as a professional curator and arts administrator for nonprofit, private, and government organizations in the Pacific Northwest for fifteen years. Her experience encompasses a wide range of community-based programming, most recently focused on managing innovative and collaborative public art projects with 4Culture, King County, Washington’s cultural services agency. 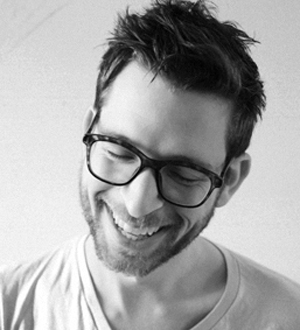 Originally hailing from Tacoma, Washington, Eric John Olson is an artist and engineer who currently resides and works in Seattle. Olson utilizes a variety of media to create work that proposes new realities, dissects feelings, and invites people to play and dream together. He recently helped create SEAWORTHY, an artist-run space dedicated to creative practices that value collaboration, experimentation, and social engagement. His work has been shown at Futuresonic in Manchester, UK, Eyebeam Art & Technology Center, and in galleries and festivals in New York and the Pacific Northwest.

Karina Nyquist is a recent graduate of Cornish College of the Arts in Seattle, Washington, with a dual focus in sculpture and video. She continues to reside in Seattle, primarily working with individuals and small organizations as an independent videographer, editor and animator. 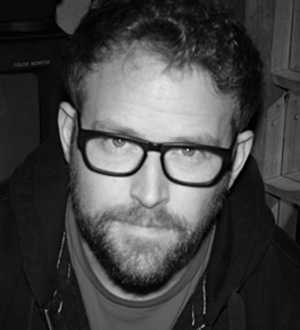 Tivon Rice is an artist and PhD candidate at the University of Washington’s Center for Digital Art and Experimental Media. His work explores the intersections of immediate physical space and the virtual spaces described by digital media. Rice has received numerous awards including the Artist Trust Fellowship, the Joan Mitchell Foundation MFA Grant, and the Boeing International Fellowship. He was a 2012 Fulbright Researcher in South Korea, and Artist in Residence at The Seoul Museum of Art where he developed work for the 12th Seoul International Media Arts Festival. 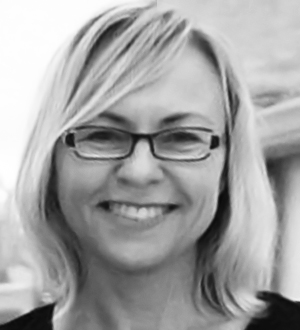 Justine Topfer is a nimble public art curator who works locally, nationally and internationally. Her portfolio includes a wide range of commissions from temporary self-funded guerrilla interventions to large scale permanent public artworks. She is currently working with the National Museum of Women in the Arts, the National Gallery of Art, and the National Park Services on projects in Washington DC with artists: Soda_Jerk, Jorge Pardo and Mark Reigelman. Topfer’s past projects include Design Renegade in Hong Kong, The ZERO 1 Biennial in Silicon Valley, The DC Commission on Arts and the Humanities’ 2012 5×5 Project, and Sydney’s Art & About festival. 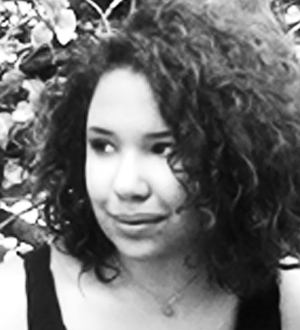 Aalia Brown is an American photographer and writer born in Karachi, Pakistan, and raised between Yekaterinburg, Russia; Warsaw, Poland; and Washington, D.C. Brown received degrees from the University of Washington, Seattle in Art History and Photography, and recently earned an MFA from UCLA. She lives in Los Angeles. 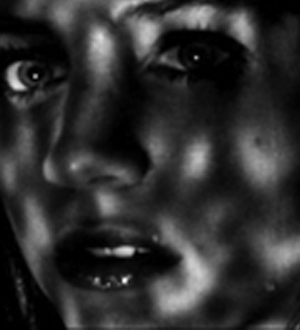 Anastasia Yumeko Hill is a writer and artist. She received her BFA in Fine Art Media from Art Center College of Design in 2007, where she focused primarily on video and performance. She is currently a PhD candidate in the Film and Media Studies program at UC Santa Barbara working towards the completion of her dissertation on mediated ‘altered states’ (sensory deprivation, heroin, conjuring, and wilderness trails in particular). Dedicated always to the merging of practice with theory, her work interweaves poetics, (re)enactment, and philosophy. In 2011, as part of her research, Hill attempted to thru-hike the Pacific Crest Trail – she abandoned it at mile 1000… 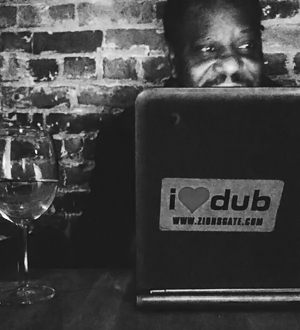 Charles Mudede is a filmmaker, cultural critic, former lecturer in post-colonial literature at Pacific Lutheran University, and associate editor of Seattle, Washington’s weekly newspaper, The Stranger. He is also on the editorial boards of Arcade magazine and Black Scholar. 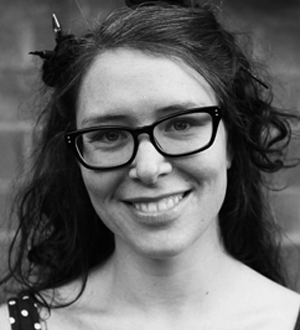 Eroyn Franklin is a Seattle-based artist working primarily in the medium of comics. She has written 2 graphic novels, Detained and Another Glorious Day at the Nothing Factory, which received support from The Xeric Foundation, 4Culture, Artist Trust, and Allied Arts foundation. Her minicomic, Just Noise, was listed in Best American Comics: The Notable comics of 2013. Eroyn is a co-founder of Short Run which was established to strengthen and celebrate Seattle’s lauded comics and arts community through workshops, events, online resources, and an annual festival that focuses on indie comix and self-published, small press, and handmade books of all kinds. 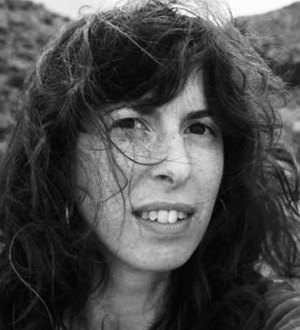 Jenny Asarnow is an award winning radio journalist and audio artist. She runs RadioActive Youth Media, a program for high school students at KUOW Public Radio. Her work has been heard on KUOW and national programs including NPR’s Snap Judgement, PRI’s The World, and WBEZ’s Re:Sound. She previously collaborated with Susan Robb as a participant and contributing artist on The Long Walk. 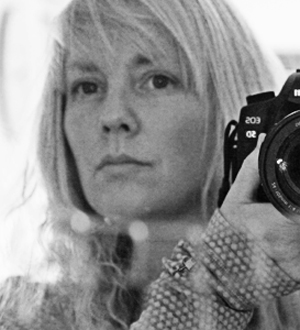 Mandy Greer creates heightened narrative spaces through fiber-based installation, photography, performance, film and community-based action. Her most recent work, Every Moment Lost is Lost Forever was installed and performed for the international fiber exhibition MINIARTEXTIL in both Como, Italy and Paris, France. Mandy has received numerous awards including Artist Trust’s Arts Innovator Award in 2012 and the Louis Comfort Tiffany Foundation Award in 2011. She has collaborated with Dayna Hanson, Degenerate Art Ensemble, and Zoe Scofield and has exhibited her work nationally and internationally. 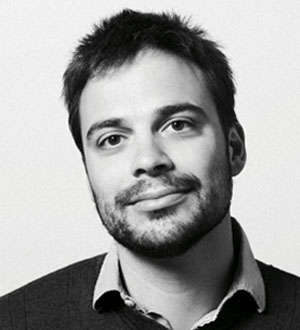 Michael David Lukas has been a Fulbright Scholar in Turkey, a night-shift proofreader in Tel Aviv, and a waiter at the Bread Loaf Writers’ Conference in Vermont. Translated into more than a dozen languages, his first novel The Oracle of Stamboul was a finalist for the California Book Award, the NCIBA Book of the Year Award, and the Harold U. Ribalow Prize. A graduate of Brown University and the University of Maryland, he is a recipient of scholarships from the National Endowment for the Arts, Montalvo Arts Center, New York State Summer Writers’ Institute, Squaw Valley Community of Writers, and Elizabeth George Foundation. His writing has appeared in The New York Times, Wall Street Journal, Slate, National Geographic Traveler, and Georgia Review. He lives in Oakland, California. 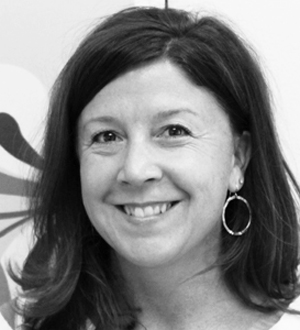 Nicole Wiggins is a licensed psychotherapist in private practice in Seattle. She earned a Master’s degree from the Existential Phenomenological Psychology Program at Seattle University and is a graduate of the certificate program in Infant Mental Health at the University of Washington. Wiggins also holds a Master of Science degree in communicative disorders and previously worked as a speech language pathologist. She is currently in training to become a psychoanalyst at Northwestern Psychoanalytic Society and Institute and is a member of The International Psychoanalytic Studies Organization (IPSO). Nicole’s work is informed by her various strands of training involving infancy, language (verbal and nonverbal), primitive states of mind, and complex emotional and mental life. She sees infants, children, adolescents, and adults in her practice. 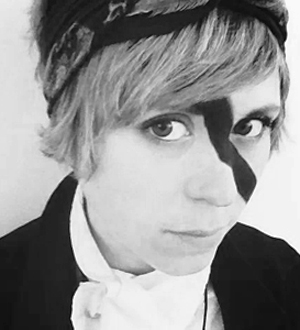 Whitney Ford-Terry is an independent curator, organizer, and adventure cyclist based out of Seattle, Washington. Her practice focuses on artistic research, tangents, alternative education, exhaustion/exuberance, psychogeography, and vernacular landscapes. Ford-Terry was the curator of The Hedreen Gallery at Seattle University from 2010-2012. She is currently the Public Programs Coordinator at the Henry Art Gallery and editor of the museum’s Test Site space. 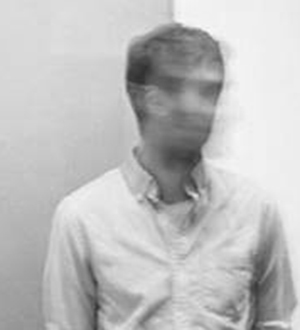 Graham Downing is an artist who was born in Seattle, lives in Seattle, and plans to die in Seattle, Washington. He is lucky enough to have shown work at NEPO, LxWxH, Blindfold Gallery and many other exhibition venues. When he is not a visual artist, he is improvising with Jet City Improv. He is also the less beautiful half of the home gallery, Vignettes, and is very sorry that he never returned your email.